“An increase to profits forecasts for the next three years and strong hints of even greater cash returns to shareholders are failing to move shares in high-end housebuilder Berkeley,” says AJ Bell Investment Director Russ Mould. “Investors are focusing instead on rising interest rates, falling consumer confidence and fears of a recession, especially as acquisitions, dividends and buybacks are whittling down the FTSE 100 firm’s net cash pile.

“Berkeley has already returned £2.8 billion in cash to its investors over the past decade, no mean feat for a firm with a current stock market valuation of £4.1 billion. The housebuilder is still preparing to return £282 million a year for the next three years, with more to come after that, so patient portfolio builders may elect to hang on, especially if income-generation is their primary goal. 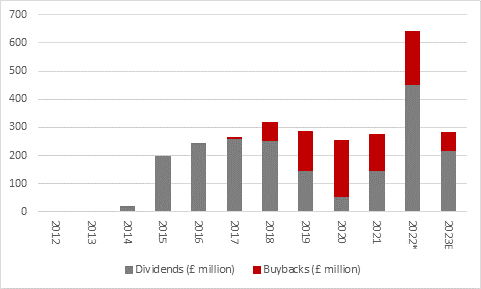 “Berkeley’s management seems optimistic. The company bought in the 50% of the St William joint venture which it did not own for £413 million and raised profits guidance as a result for the financial years to April 2023, 2024 and 2025. 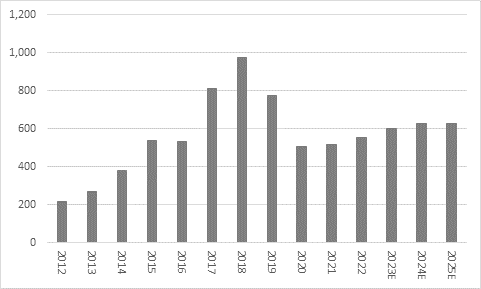 “If attained, those profit figures should underpin Berkeley’s plans for dividends and share buybacks, especially as the company has a net cash balance sheet. However, the St William deal and fiscal 2022’s cash returns have reduced the cash position to £269 million, so those investors who are of a nervous disposition, and fear a downturn in the economy and the UK housing market, may be less convinced that the cash return plans can be set in stone. 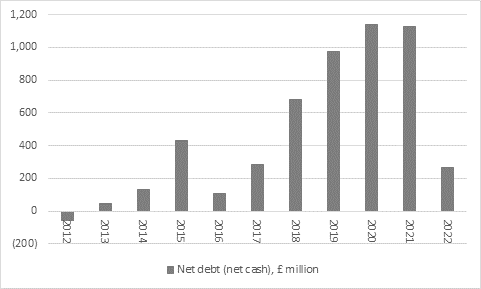 “For the moment, Berkeley seems on track to drive completions up by 50% from pre-pandemic levels to around 5,500 a year by 2025. An average selling price (ASP) for fiscal 2022 of £603,000 represented a big drop from £770,000 in the prior period, although management attributed that to business mix, rather than a softening of demand, and it was still the highest ASP for any of the FTSE 100 and FTSE 250 housebuilders. 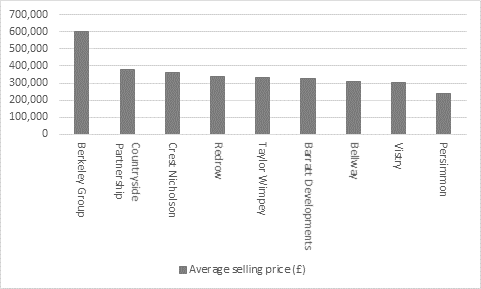 “The average ASP across those firms is around £309,000, broadly ten times the average annual income in the UK, so the affordability of housing in the UK is already a concern – and that is before the recent surge in inflation and collapse in consumer confidence. Rising interest rates could conceivably take some dwellings out of the reach of certain buyers, depending upon their financial circumstances.

“Investors will also note the slight dip in operating margin at Berkeley in fiscal 2022. This may reflect higher input costs, the dip in average selling prices and the increased complexity which comes with Berkeley’s brownfield regeneration projects. Twenty-six of those 32 projects are now in production. 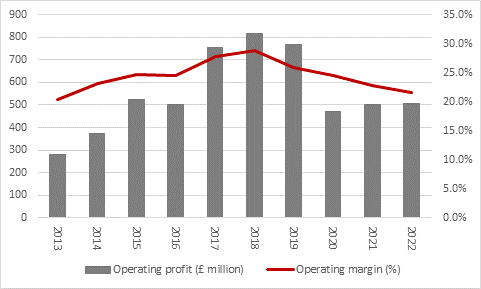 “You can therefore see why investors are nervous, and why the shares are down by a third from their January 2020 peak.

“That decline does however mean that the shares now offer a forecast yield of nearly 7% and trade on barely nine times forward earnings.

The yield on the shares is now higher than the earnings multiple upon which they trade, something that may catch the eye of income- and value-seekers alike. The shares also trade on just 1.3 times historic book value, toward the low end of the historic range that analysts use as a rule of thumb for deciding whether housebuilding stocks are expensive or not: one times and below is seen as potentially cheap and two times and above as potentially expensive.

“The whole sector now offers a yield which is higher than the earnings multiple upon which is trades for 2022. The low multiples of book value, backed by an aggregate net cash pile of £4.9 billion, suggest the sector is already pricing in a steep downturn in the housing cycle and builders’ profits, at least to some degree, even if analysts may not be.”