BT shares back to 1984 levels as £3.3 billion in dividends blown away

BT shares back to 1984 levels as £3.3 billion in dividends blown away A third dividend cut in its history means that BT is finally finding the combination of hefty debts, big pension deficit, tight regulation and stiff competition on multiple fronts, as chief executive Philip Jansen looks to prioritise the company’s spending on where it is most needed, including super-fast broadband to the home and fifth-generation (5G) mobile network infrastructure.

The decision to cancel the final dividend for the year to March 2020, pay nothing at all in the period to March 2021 and then halve the annual payment to 7.7p a share in fiscal 2022 saves BT some £3.3 billion and leaves income-hungry shareholders merely with the hope that there will be some long-term gain after this considerable short-term pain.

The slashing dividend reduction is a far cry from former chief executive Gavin Patterson’s plan to increase the shareholder distribution by 10% a year, even if BT does have form in this respect, after the dividend cuts of 2001-2002 and 2009. 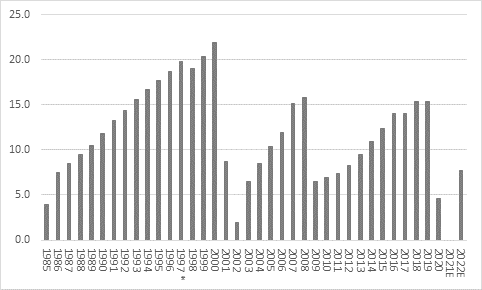 In some ways, you could argue that the dividend cut is a bit of a surprise, because BT actually met its targets for what it calls normalised cash flow and also earnings, based on the telco’s preferred metric of adjusted earnings before interest, taxes, depreciation and amortisation (EBITDA). EBITDA actually rose year-on-year. 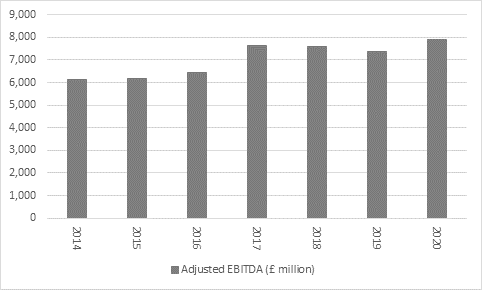 However, a good chunk of the EBITDA upside came from changes relating to the IFRS16 accounting standard and the treatment of leases, while normalised cash flow fell for the second year in a row. 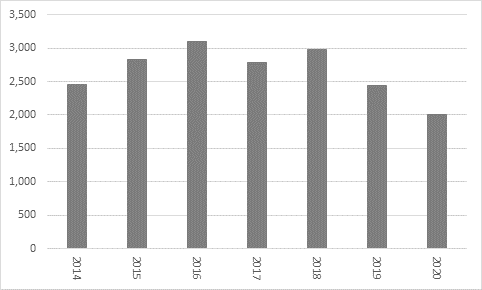 In the end, therefore, BT’s efforts to present its numbers in the best possible light made no difference, something which all firms’ senior management teams may like to consider at their leisure, not least because the market had not been taken in. BT’s shares were already trading at their lowest level since their first week as a public company way back in December 1984 before today’s announcement, as investors took the view the 13%-plus dividend yield implied by an unchanged dividend payment was too good to true. 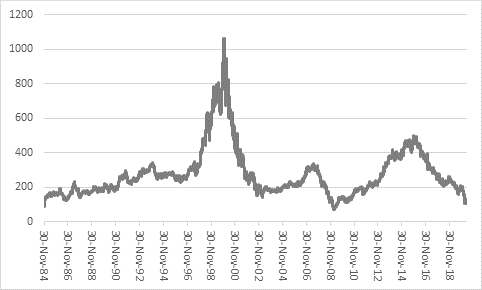 So it has proved and the shares are down again today. On a statutory basis, BT did have just enough cash flow to cover the annual dividend payment of £1.5 billion. But the statutory figures, rather than the normalised or adjusted ones, made it clear that BT had multiple callings upon that cash flow, in the form of capital expenditure to buttress its business against competition and win new customers, interest on its big debt pile, payments on leased assets and contributions to its pension deficit (not forgetting tax).

None of these outlays are optional, no matter how well or badly the business is doing, while the dividend is ultimately a discretionary item.

The upward creep in capital expenditure put particular pressure on the dividend as BT prepared to accelerate the roll-out of superfast broadband in the form of fibre-to-the-premises (FTTP) and also 5G mobile networks at its EE operation.

It was always going to be difficult form BT to compete on so many fronts – fixed and wireless telecoms, broadband, TV and sports broadcasts – especially when it has a lot of debt, a big pension deficit and is hemmed in by the regulator Ofcom on one side, a host of competitors on another and value-sensitive customers on another, all of whom are capable of switching between service providers if they are unhappy or feel there is a better deal to be had.

BT’s decision to pass its final dividend represents a reversal of boss Philip Jansen’s prior commitment to the full-year 15.4p-a-share payment. But the weakening in BT’s cash flow, once all key items of expenditure are included, means the facts have changed, and it also easier now for Mr Jansen to act, since 41 other FTSE 100 firms have already cut, suspended, deferred or cancelled dividend payments.

BT had been one of the FTSE’s 100’s twenty-biggest dividend payers although today’s cuts it has now dropped out of that list.

BT’s dividend cut, following those from Shell and Next, although the recent soothing statements from consumer staples suppliers like Diageo, Reckitt Benckiser, British American Tobacco and Unilever suggest they may offer some support.

There are too many variables to give any forecasts on aggregate FTSE 100 dividends with conviction for 2020 especially has 42 companies in the index have now cut, deferred, suspended or cancelled a payment for 2019 or 2020.

Then the FTSE 100’s aggregate, bottom-up dividend forecasts currently comes out at around £53.4 billion, down from £74 billion in 2019 (excluding special dividends). That is enough for a dividend yield of 3.4% - nowhere near the 5%-plus indicated by analysts’ forecasts and company guidance before the Covid-19 crisis. It is still a lot better than the 0.1% Bank of England base rate or the 0.21% 10-year Gilt yield, although it comes with capital risk and the danger that more dividends fall to economic circumstance or political or regulatory pressure – firms that have accepted Government aid of any kind, in the form of business rates or VAT relief or the furlough scheme will have to tread carefully as taking taxpayer’s money with one hand and giving cash to investors with another is not a good look.

If – and it is a big if with lots of maybes along the way – if that £53.4 billion figure proves accurate, then just 20 firms will pay out the vast bulk of it, assuming they meet analysts’ forecasts.

For more information on UK-listed companies which have cut, suspended, or deferred dividend payments, take a look at our Dividend tracker.

END_OF_DOCUMENT_TOKEN_TO_BE_REPLACED
The value of your investments can go down as well as up and you may get back less than you originally invested. We don't offer advice, so it's important you understand the risks, if you're unsure please consult a suitably qualified financial adviser. Tax treatment depends on your individual circumstances and rules may change. Past performance is not a guide to future performance and some investments need to be held for the long term.