Trading update shows Bomhard has much to do at Imperial Brands

Trading update shows Bomhard has much to do at Imperial Brands

“In the unlikely event that they didn’t know why Alison Cooper had scrapped her target to grow Imperial Brands’ target for 10% dividend growth a year and then stepped down from the CEO post shortly afterwards, shareholders do now after today’s messy trading update,” says Russ Mould, AJ Bell Investment Director.

“The forecast of a small drop in (adjusted) earnings per share for the year means the analysts’ consensus of a 3% decline is in with a chance of being right. But the company’s forecast of a 10% slide in the first half puts ever greater emphasis on the second six months of Imperial’s financial year to September and increases the risk of earnings disappointment. 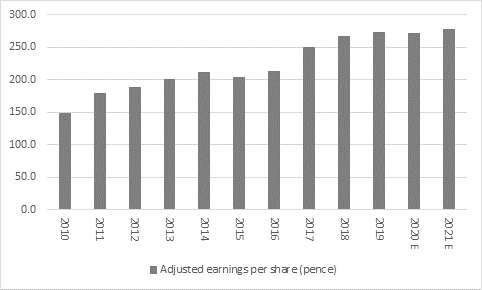 “As new chief executive Stefan Bomhard prepares to join Imperial Brands, he will have much to ponder looking at the list of setbacks which have affected the tobacco giant’s first-half results.

“They include the US regulator clampdown on certain flavours of cartridge-based vapes and related inventory write-offs, weaker-than-expected sales of next generation products (NGPs) in Europe and wholesale destocking in the US cigarette market, as well as a slightly-higher-than-expected tax charge.

“There is some good news, however. The core tobacco business is performing as expected, especially in Europe, where price increases are largely compensating for declines in stick (cigarette) volumes, and also Australasia. Even the US performance seems to be solid on an underlying basis and shareholders will be hoping that the £45 million vaping inventory write-down Stateside is just a one-off, especially as this is no bigger than the company had been forecasting in the autumn.

“Those shareholders who have stuck with Imperial therefore still face the question of whether the plump 11% yield and lowly forward price/earnings multiple of around 7 times both price in a lot of the bad news or not – and therefore whether the stock is a value trap (or not).

“Dangers still abound. Strong fund flows into stocks that pass environmental, social and governance (ESG) screens and away from names that are seen to be less ethical could mean Imperial Brands’ shares keep falling; regulatory pressure remains intense; and price increases may not be enough to compensate if stick volumes fall at a high-single-digit percentage rate.

“And yet tobacco remains a highly profitable and cash generative business. Imperial’s cash flow still nicely covers the forecast £1.8 billion annual dividend payment, even after capital investment, tax, interest and pension contributions. Price increases help to compensate for falling stick volumes. The long-awaited sale of the cigar business should further bolster the balance sheet. Even an unchanged dividend would mean investors are being paid to wait and see what happens, even if the consensus is for a 4% increase to 214.8p a share. 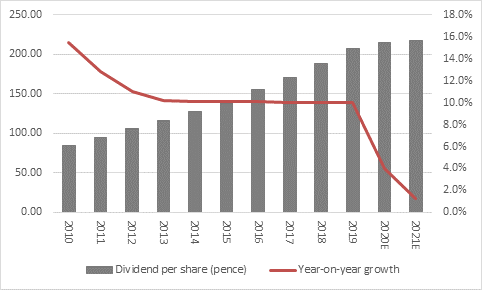 “Shareholders will doubtless feel very, very uncomfortable holding the stock yet British American Tobacco entered 2019 under a similar cloud and its shares have advanced by nearly a quarter in the past 12 months.

“After two dud trading updates, the abandonment of the dividend growth target and a change in both chairman and CEO it may now take much for Imperial to surprise on the upside – if ESG fund flows give the new boss chance to prove himself, as they are moving even faster than consumers’ tastes.”

Cigarette maker Imperial Brands (IMB) has cut its 2020 dividend by a third as it tries to find ways to reduce debt...

“The FTSE 100 was firmly above 6,000 on Tuesday as a combination of lockdown easing, vaccine progress and central bank support helped give equities a...

END_OF_DOCUMENT_TOKEN_TO_BE_REPLACED
The value of your investments can go down as well as up and you may get back less than you originally invested. We don't offer advice, so it's important you understand the risks, if you're unsure please consult a suitably qualified financial adviser. Tax treatment depends on your individual circumstances and rules may change. Past performance is not a guide to future performance and some investments need to be held for the long term.