While he will probably be disappointed with BP’s share price performance during his nine-year tenure as the oil major’s CEO, Bob Dudley will be able to look back and argue that he got three important things right.

He increased the company’s focus on safety and worked to improve BP’s reputation in the wake of the Gulf of Mexico disaster. He forecast that oil prices would be ‘lower for longer’ and targeted BP’s cost base. And he began to slowly increase the company’s reserves of oil and gas, which are now higher than they were when he took over.

That combination helped BP to rebuild its dividend and help investors in their quest for income in a low-yield world.

His successor, Bernard Looney, still has work to do. Total annual production of hydrocarbons in 2018 was lower than it was a decade earlier, net debt has crept up to nearly $47 billion from $27 billion and BP – as an oil firm – needs to show how it can fit in with Paris Agreement and the target of a carbon-neutral world by 2050. The company is already working on biofuels and wind and solar energy.

In terms of safety and reputation, the BP board prior to the Macondo disaster was notable for the absence of any real experts in the field of safety, barring the presence of two non-execs from the drugs and food industries respectively. Dudley oversaw a rapid shake-up and one of his very first appointments was Frank Bowman as a non-executive director and chairman of the safety, ethics and environmental committees. He has previously been a US admiral with responsibility for running the USS City of Corpus Christi - a nuclear submarine, a vessel where safety is absolutely paramount.

In terms of BP’s cost base, Dudley’s 2015 forecast of lower oil prices for longer is proving pretty prescient. His goal of ensuring that all BP projects are profitable on the basis of $40 oil should leave the company on a solid footing. 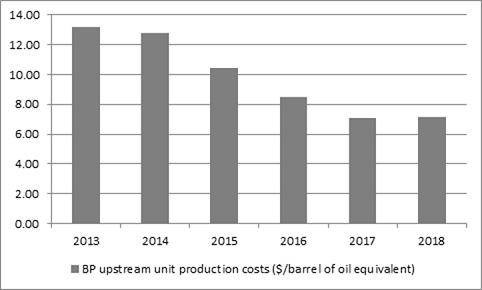 In terms of exploration work, BP has begun to replenish its reserves. The major’s estimated net proved reserves of both liquids and gas have increased under Bob Dudley and the pace has picked up markedly in the last two to three years. On an oil equivalent basis, in barrels, net proved reserves ended 2018 at just under 20 billion, compared to 18 billion in 2010 and a low of 17 billion in 2012. 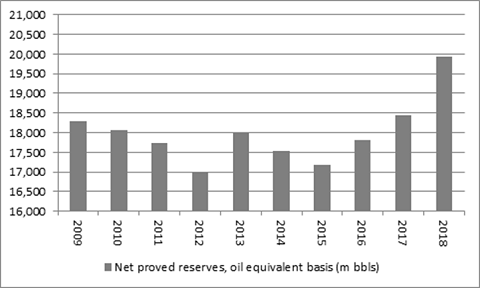 This is a result of an improved reserve replacement ratio as BP has discovered and then begun to develop new fields. 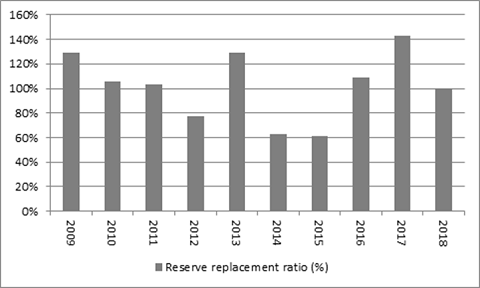 That in turn should start to filter through to production, where growth has been distinctly lacking during the Dudley era. Combine that with cost control and BP is primed to benefit from any increases in the oil price, if and when they come. 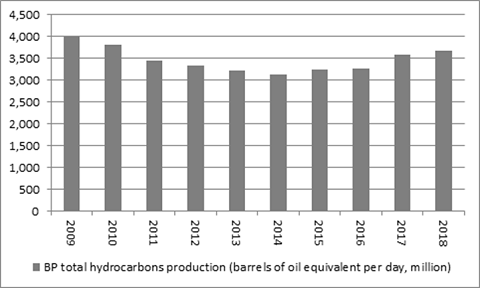 One benefit for investors of this turnaround is that BP has slowly rebuilt its dividend. The firm is forecast to be the third-highest payer in the FTSE 100 in cash terms in 2019 and ranks in the top 25 by dividend yield at around the 6% mark.

END_OF_DOCUMENT_TOKEN_TO_BE_REPLACED
The value of your investments can go down as well as up and you may get back less than you originally invested. We don't offer advice, so it's important you understand the risks, if you're unsure please consult a suitably qualified financial adviser. Tax treatment depends on your individual circumstances and rules may change. Past performance is not a guide to future performance and some investments need to be held for the long term.