Millions of Brits are facing a devastating income squeeze in 2022 and many will need to turn to their savings in order to make ends meet.

Lifetime ISAs (LISAs) have been hugely popular since launching in 2017, allowing young people to benefit from a combination of a 25% upfront bonus and tax-free withdrawals for the purchase of a first home or when they turn 60.

Another benefit of LISAs is that they can be accessed in an emergency, and in April almost 9,000 savers decided to take their money out early as inflation reached a 40-year high.

However, rather than just aiming to return the upfront Government bonus, the Treasury chooses to use the early withdrawal charge to clobber hardworking savers, with the charge effectively acting as a 6.25% penalty on unauthorised withdrawals.

The average value of a LISA accessed early dropped nearly 50% in 2021/2022, from £3,310 to £1,706; it indicates that even those with relatively small savings that may have only recently opened an account are already seeing their plans scuppered as they’re forced to take the money out early.

Continuing to apply this penalty during one of the most significant periods of economic and financial turmoil in living memory is extremely unfair.

The Treasury cut the early withdrawal charge from 25% to 20% during the pandemic in order to ensure those accessing their LISA while facing serious hardship were not unfairly penalised. That same logic surely has to be applied today. 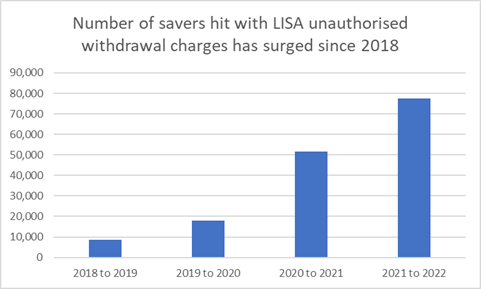 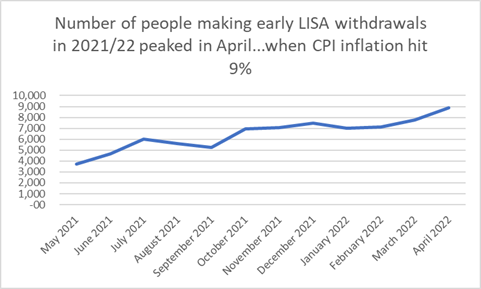 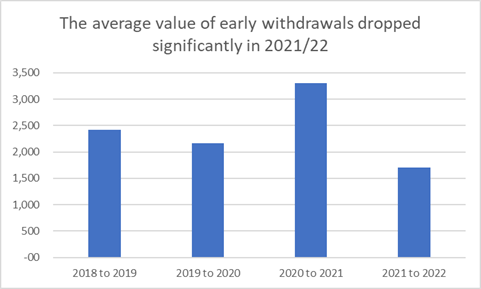 More about our Lifetime ISA

Remember that the value of investments can change, and you could lose money as well as make it. How you're taxed will depend on your circumstances, and tax rules can change. Tax and LISA rules apply. A Lifetime ISA isn't for everyone. If you withdraw money before age 60, unless it's to buy your first home, you'll pay a government withdrawal charge of 25%. And if you choose to save in a Lifetime ISA instead of enrolling in, or contributing to, your workplace pension scheme, you'll miss out on your employer’s contributions. Your current and future entitlement to means-tested benefits may also be affected.