So far, so bad: why (so far) this looks like a classic bear market

This year’s swoon in share prices, let alone cryptocurrencies, may be a nasty surprise to some investors but those with longer memories could be forgiven for thinking, ‘Here we go again.’

The bear market that is threatening to chew up a lot of the past few years’ gains so far looks like so many other downturns that have gone before it. Investors might therefore like to look at key trends from prior upcycles and downcycles to see what can help them navigate the markets this time around.

In his 1932 book Dow Theory, Robert Rhea outline what he saw as the classic shape of a bull market. ‘There are three principal phases of a bull market: the first is represented by reviving confidence in the future of business; the second is the response of stock prices to the known improvement in corporate earnings, and the third is the period when speculation is rampant – a period where stocks are advanced on hope and expectations.’

Less well known may be the flipside, namely Rhea’s analysis of the three classic phases of a downturn: ‘There are three classic phases of a bear market: the first represents the abandonment of hope upon which stocks were purchased at inflated prices; the second reflects selling due to decreased business and earnings, and the third is caused by distress selling of sound securities, regardless of their value, by those who must find a cash market for at least a portion of their assets.’

Wild events in the cryptocurrency markets, and frightening talk, at least on social media, of people being ruined and even committing suicide evoke bad memories of the crashing bear market of the 1930s when even the famed Boy Plunger, Jesse Livermore, killed himself after one too many failed attempts to buy US equities on the dips.

A useful guide to turning points may be to look at where the market action has been hottest or, to be less kind, most speculative. Bull markets crack at the periphery first and trouble then filters through to core assets as confidence wanes. It could be argued that the cryptocurrency crumble is one early sign of trouble ahead that may force crypto holders to liquidate other assets to stay afloat (assuming they have any). 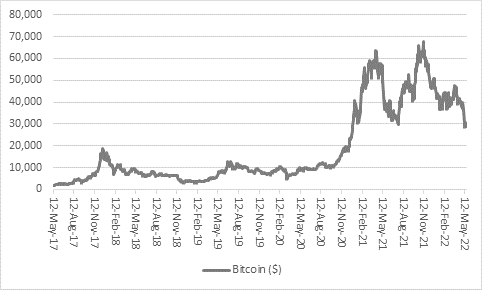 Other areas that saw the sort of frantic action flagged in the third and final phase of Robert Rhea’s bull market have also started to look a lot less healthy. 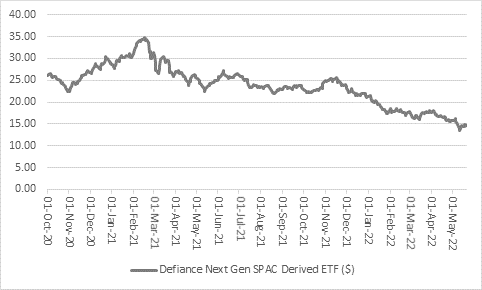 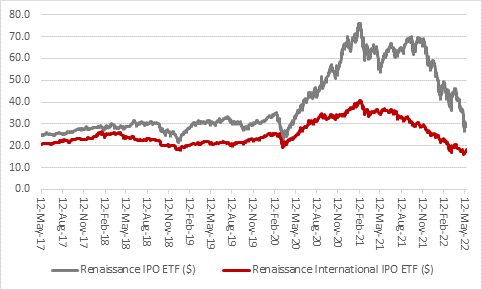 The Reddit crowd’s efforts to ramp hedge funds out of their short positions are petering out. 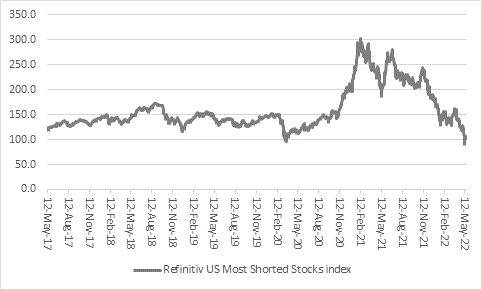 More speculative names with big market caps that deliver only losses (or profits that are tiny compared to their market caps) are collapsing in value, as can be seen in the bear market that already characterises NASDAQ and the sinking price of Cathie Wood’s ARK Innovation ETF. 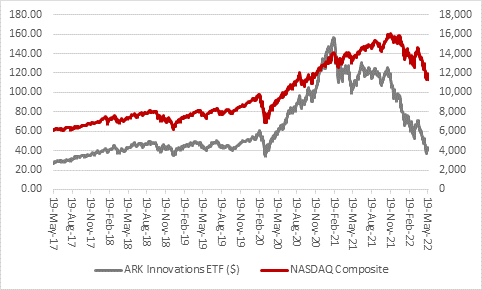 And even purportedly ‘safe’, reliable names are under pressure, weighed down by the lofty expectations and even loftier price tags. 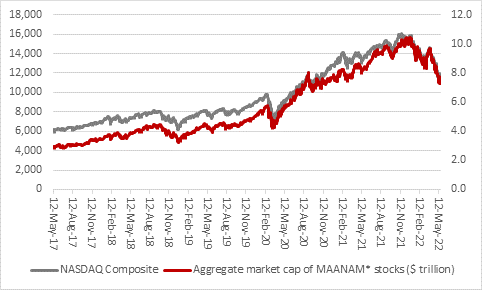 None of this is to say the bull market is conclusively dead and buried. Central banks could yet try to breathe new life into the long upward run with more unorthodox policy. But right now, inflation seems to be their biggest concern, not supporting markets. That could change at some stage, if recent history is any guide, but it might not be able to change quite soon enough to prevent further bouts of volatility, if nothing else.

For markets to regain their momentum, the areas above need to stabilise and start to advance. Anyone looking for the next warning sign might perhaps look to another industry that has boomed but has turned a net seller, of itself, through stock market flotations – private equity. Petershill and Bridgepoint both floated in London in 2021. Neither share price has covered itself in glory. Those with long memories will recall how Blackstone’s New York listing was neatly timed – for the sellers – in 2007, just ahead of the smash. It took almost seven years to get back to its $31 flotation price (before then, in fairness, storming higher). 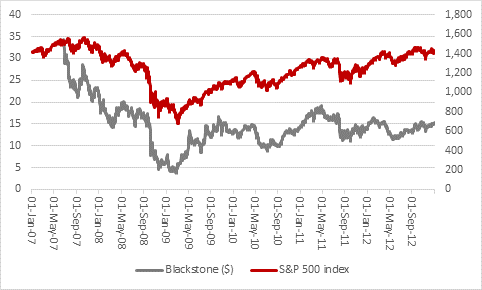