UK wage growth and inflation figures: 17 and 18 May

The Bank of England has pushed through its fourth interest rate increase in sixth months after its warning that inflation could reach 10% towards the end of 2022. The central bank has also warned of possible recession in 2023 to show what a difficult balancing act it has, between taming inflation on the one hand but not jacking up interest rates so far that the economy weakens badly on the other.

The latest inflation figures are due on Wednesday 18 May. On the day before that economists and central bankers will get to see the latest unemployment and wage growth numbers, which will give some feel for how well householders or coping (or otherwise) with the galloping increases in the cost of living.

The last employment dataset from the Office for National Statistics (or ONS) covered the month of February and it looked pretty rosy, overall. 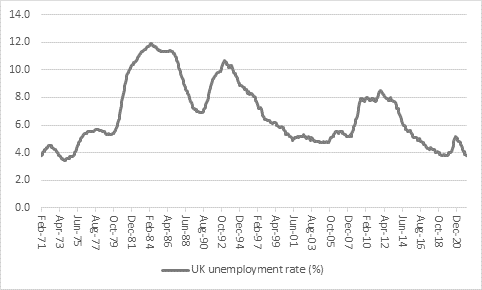 However, the good news stopped there because inflation was running well ahead of pay growth. According to the figures from the ONS, year-on-year increases in the cost of living looked as follows for the month of March: 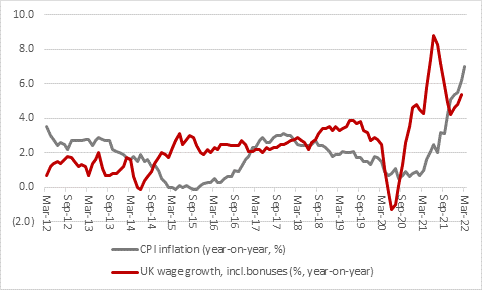 That RPI reading showed the fastest rate of increase since January 1991 when, lest it be forgotten, the Bank of England base rate was 13.875%, rather higher than the 1% level to which the Monetary Policy Committee took the headline cost of borrowing at its May meeting. 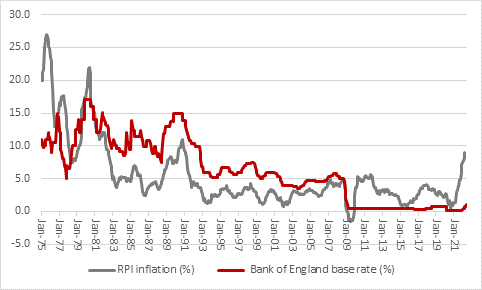