What does US bond market blitz mean for stock markets (and the economy)? It was former US President Bill Clinton’s economic adviser James Carville who said that if he were reincarnated, he would like to come back as the bond market because then ‘you can intimidate everybody.’ Now that US bond yields are surging and prices are falling, stock market investors need to seriously think about whether it is time to be frightened or not.

Benchmark 10-year yields are still way below the prevailing rate of inflation, to suggest that fixed-income investors either don’t believe in the US Federal Reserve’s apparent new-found resolution to tighten monetary policy or fear that a recession will strike first and force the American central bank to quickly backtrack (again).

The 10-year US Treasury yield stands at 2.33%, its highest level since May 2019, but that is still miles below the prevailing rate of inflation of 7.9%. 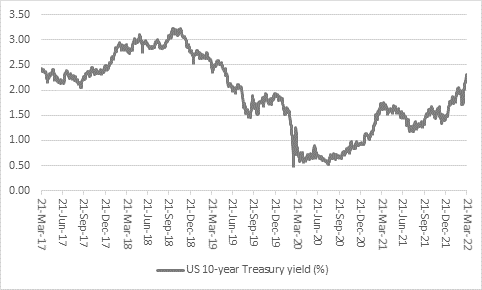 The strange shape of the US yield curve also suggests that holders of US Treasuries are far from convinced that the Fed will follow through on its threats of faster interest rate rises, and Quantitative Tightening (QT) from May onwards, should it deem them necessary. Again, yields are nowhere near the prevailing rate of inflation and are instead closely hugging the five-year, five-year forward inflation expectation of 2.3% 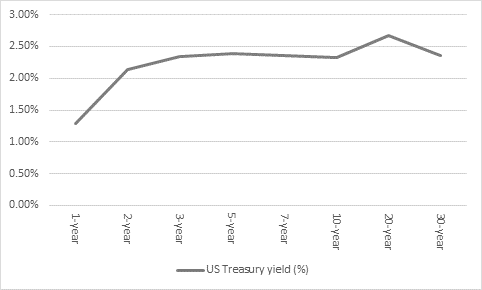 In many ways it is easy to understand why. In early February the bond market had priced in a half-point rate rise only for Fed officials to tamp down that expectation, partly as the Russian invasion of Ukraine intervened, and ultimately deliver a quarter-point increase. Nor did the Federal Open Markets Committee deliver its promised plan for QT so, for all of its tough talk, the Fed is still running the second-lowest base rate in its history and the biggest balance sheet in its history. Policy is therefore still ultra-loose, even as inflation gallops higher, and the Fed’s calling wolf is therefore failing to convince.

Perhaps bond markets are thinking about why the Fed is moving so ponderously especially as chair Jay Powell that its initial analysis that inflation was transitory has proved well wide of the mark, at least so far.

Deep down fixed-income investors may think that inflation will fizzle, as the best cure for high prices proves to be high prices and consumers and corporations simply buy less. It may also be that the surge in demand which followed the easing of lockdowns also peters out, especially as tax breaks and fiscal stimulus is being taken away just as monetary policy is being tightened. Indeed, that combination speaks loudly of the risk of a slowdown in economic activity and the bond market is getting close to giving what is often seen as a classic warning of recession – namely an inverted yield curve.

Usually, long-term interest rates are higher than near-term ones, to price in future rate rises in the view that central banks will act to stop an economy from overheating. However, on some occasions, long-term rates come in below near-term ones, as markets price in interest rate cuts in the view that central banks will have to step in and boost a flagging economy or even stave off a recession.

This is usually measured by tracking the difference between 2-year and 10-year bonds and is known as the 2s-10s curve. Right now, the yield differential between the two is closing right up and stands at just 0.18%, compared to more than one percentage point just six months ago. Someone, somewhere thinks the US economy may be about to lose momentum, and fast because the 2s-10s curve is at its flattest since February 2020, when the pandemic was flaring, and the world was about to tip into recession as lockdowns were imposed. 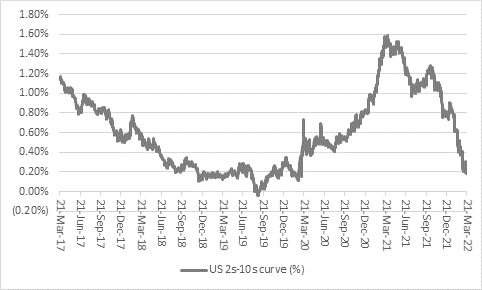 Perhaps bond markets are sending a worrying signal, but they may be more worried about a recession than inflation. Granted the 2s-10s curve is far from an infallible indicator but the Federal Reserve must be treading carefully for a reason and stock market investors should take heed, as inverted yield curves tend to suggest there is trouble ahead for the S&P 500 index.

The inverted yield curves which forewarned of economic downturns in 2000, 2007-08 and again in 2020 were followed by bear markets and falls of at least 20% in the US stock market. 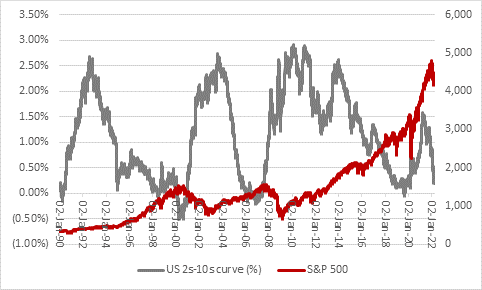 Fear of upsetting the stock market may be another reason for the Fed’s slow-motion action, even if it is talking much faster. Usually, a recession triggers a stock market downturn, but there are ground for arguing it could be the other way around this time.

The Fed has intentionally used zero-interest rate policies (ZIRP) and QE to goose asset prices and create a so-called wealth effect, in an effort to stoke consumer confidence and thus spending. Presumably, the central bank would therefore be concerned by the impact of any sharp fall in asset prices and household wealth, as confidence and spending could then take a hit. Household wealth as a percentage of GDP has never been higher in the USA. If house or share prices take a swan dive, then that picture could change pretty quickly. 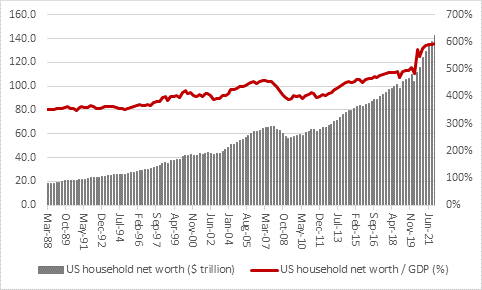 The US 30-year mortgage rate already stands at its highest level since late 2018 and sales of existing homes have fallen year-on-year for seven months in a row. If that trend continues it may only be a matter of time before would-be sellers have to cut their asking price and perhaps start to erode some of their perceived paper wealth. 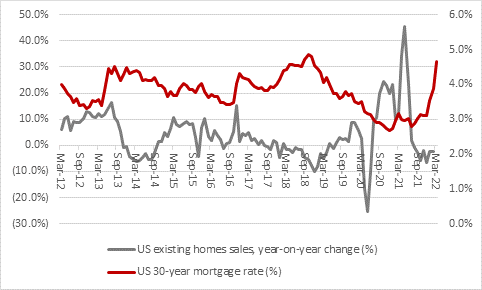