A 41% jump in completions, firm selling prices and growing confidence in its mixed-tenure Partnerships operation mean that housebuilder Vistry is reaping the benefit of strong demand for housing, Government support for the industry and 2020’s £1.1 billion purchase of Galliford Try’s housing and regeneration business.

However, the share price isn’t interested, even if CEO Greg Fitzgerald and the board sanctioned the purchase of 7,641 new plots for future development, the highest figure at Vistry since the Great Financial Crisis. A pause in house price growth is one explanation and the company’s admission that the housebuilding industry, rather than leaseholders, should bear the cost of cladding remediation. 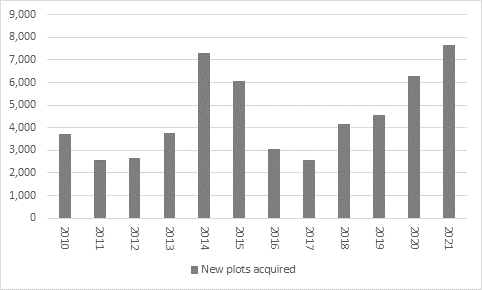 The acquisition of fresh land suggests Vistry’s management sees ongoing strong demand for dwellings, even if pricing finally began to flatten out in 2021. Whether that reflects an end to the stamp duty tax break, the threat of rising interest rates or the issue of affordability, given how prices are now so high relative to the average UK salary that it is hard for people to get on the housing ladder, even with the aid of Government subsidies and schemes. 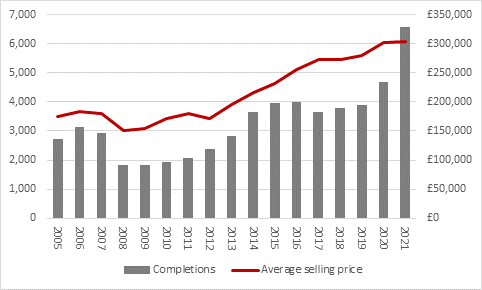 Slower price increases may be one investor concern, especially if input and wage costs continue to rise, but the cost of cladding remediation remains the elephant in the room after Housing, Communities and Local Government Minister Michael Gove’s intervention and insistence that leaseholders will not foot the bill.

Vistry CEO Greg Fitzgerald notes his agreement with this and says in the trading update that the company will ‘update on any implications for the Group’ as suggestions for a solution and policy evolves.

Investors are clearly concerned about the potential financial hit to the builders, as the sector’s share prices are going nowhere fast, despite strong trading. But Mr Fitzgerald’s acknowledgement of the issue makes sense on three fronts.

First, it looks like to the right thing to do, from an ethical perspective.

Second, it looks like to the right thing to do from the perspective of Vistry’s reputation and that of the wider housebuilding industry. When it was known as Bovis and David Ritchie was chief executive, the firm attracted widespread complaints over poor and slapdash build quality and had to pay compensation to house buyers. Mr Fitzgerald will not want to see the builder’s new name besmirched so quickly, or indeed at all.

Finally, the housebuilders are making huge profits, are paying substantial dividends to shareholders and are awash with cash. Claims that they cannot afford to help foot the bill can only fall on deaf ears as a result. 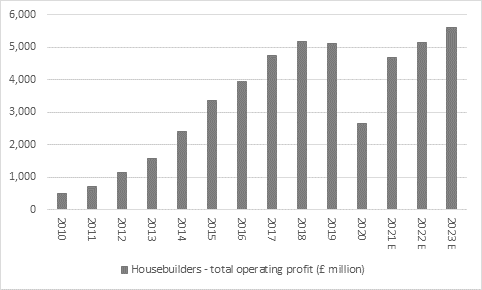 Over the same time frame, they have paid out over £11 billion in dividends (and a further £850 million via share buybacks), with dividend payments of £2 billion forecast by analysts for 2021 and £2.3 billion for 2022. 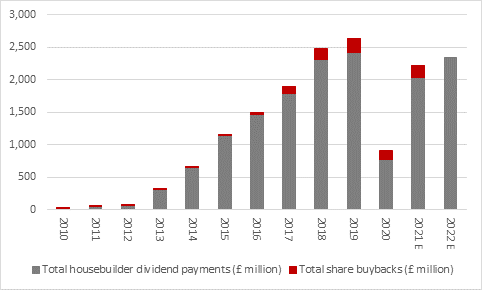 Such largesse is funded by fat margins, hefty profits and large net cash piles. An aggregate of the last declared net cash pile reported by the builders comes to £5.6 billion. 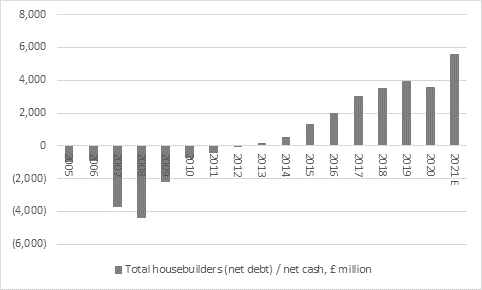 Neither the public nor politicians are likely to be swayed by claims that the industry cannot afford to help, even if the Government may still wish to move carefully. The builders still need to buy land – if they do not, the shortage of quality dwellings will only worsen, and house prices become even less affordable – and they will want to avoid taking on too much debt. The memories of the near-death experiences of some in 2008-09 have not gone away and the builders will want to keep cash at hand, just in case there is an unexpected downturn in the economy.