Why the rise of responsible investing makes it more affordable Making sustainable choices in your everyday life isn’t always cheap. An electric car costs more than one with a combustion engine. Going vegan can mean going to the speciality aisle and paying a bit more for your dairy-free chocolate.

The above examples are driven largely by supply and demand dynamics. Because these products are more niche in nature, their product costs are higher – which is passed on to the consumer. This works both ways, however. For example, solar panels used to be very expensive, but thanks to their increasing use are now more affordable. (Plus they can often lead to cheaper electricity costs compared to traditional power sources.)

The exact same can be said about responsible investing. Taking a responsible approach used to mean paying significantly more in fees. Why? Because gauging a company’s responsible credentials can involve expensive additional research, and significant data needs. You also need extra staff to engage with companies to ensure they’re doing the right things – such as voting positively on green issues and taking topics such as board diversity seriously. Most of these costs are fixed in nature, costing the same regardless of the size of investment. And they’re passed onto investors by the management fee charged by the fund manager.

However, unlike the fixed nature of costs associated with servicing a responsible approach to investing, the fee a fund manager receives varies depending on the amount they manage. To illustrate this, let’s suppose a fund manager charges a fee of 1%. If they manage £10 million, that’s an annual revenue stream of £100k. But if they manage £1 billion, the revenue stream is a much larger £10m. So as a fund grows, the manager is often able to cut the fee they charge, to account for the larger pool of money they manage.

If we look at the market for Exchange Traded funds (ETFs) which is a type of investment we largely use in the Responsible Growth fund, we saw a tipping point in the first half of 2021. ETFs are an investment fund which is traded on stock exchanges such as the FTSE 100 or even specific stock sectors, currencies or commodities. According to Trackinsight, flows into ESG strategies (those that incorporate environmental, social and governance issues) in the European market were equivalent to flows into non-ESG strategies. Although the rest of the world is a little bit behind, almost a sixth of global flows were into ESG strategies. 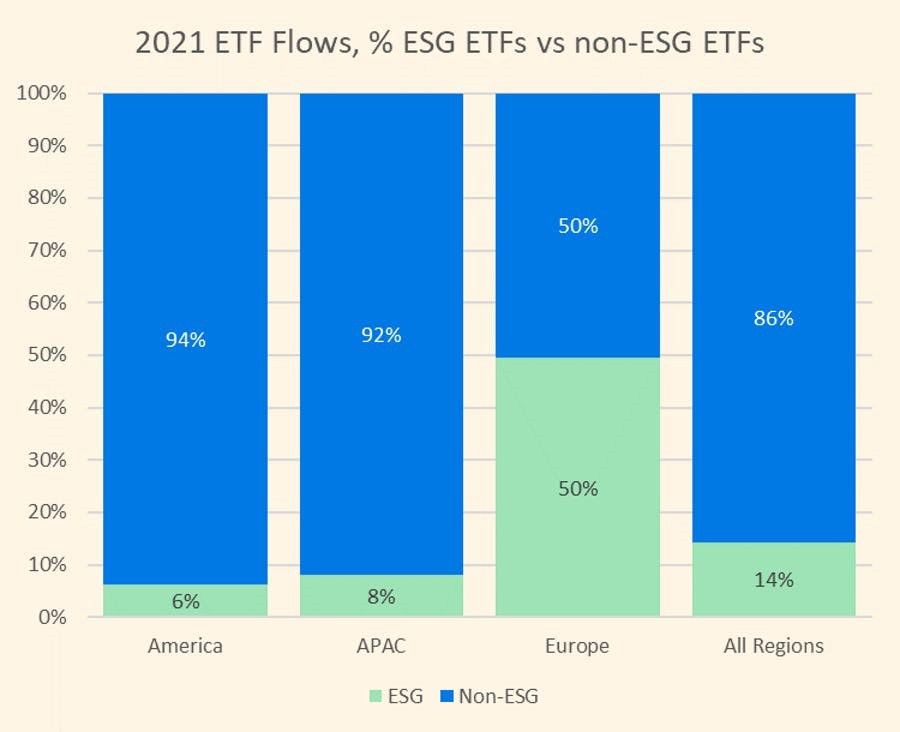 This isn’t a one-off occurrence. With ESG ETFs passing $300bn, inflows have accelerated in the last couple of years.

When we launched the VT AJ Bell Responsible Growth Fund in November 2020, we capped the ongoing charges (OCF) at 1%. This was higher than our other funds to account for the steeper investment costs of using responsible strategies, alongside other fixed costs we faced. The following graph shows how these charges have fallen significantly over the eight months since the fund launched: 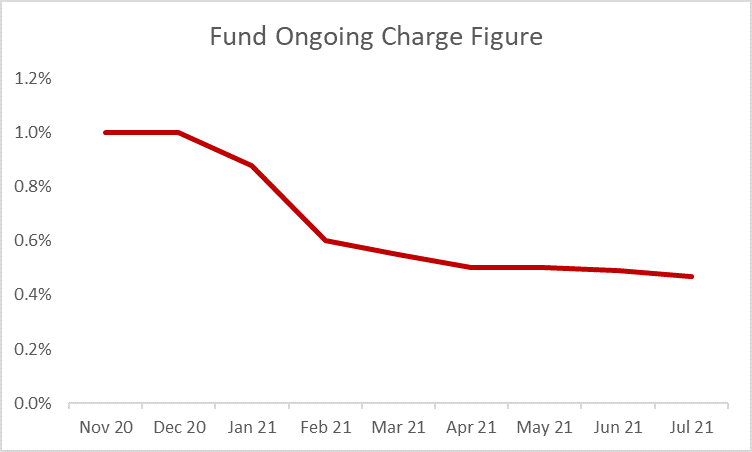 By the end of July 2021, the ongoing charge was down to 0.47%, under half the level at launch, a premium of around 0.15% compared to our other growth-orientated funds. This means investing responsibly no longer needs to cost the earth, both literally and metaphorically!

We’ve previously covered how investing in our responsible fund can lower your carbon footprint, as well as help you avoid certain sin stocks. But as a reminder, compared to the VT AJ Bell Adventurous fund, the VT AJ Bell Responsible Growth fund (according to MSCI data):

As the fund has yet to go through its first anniversary, we won’t focus on performance, but we can say we’re pleased to see it delivering as expected. So if you care about people and the planet, but still hope to make a profit, you may want to take a look at the VT AJ Bell Responsible Growth fund.

Invest for people, the planet and profit