“Persimmon’s shares are sagging slightly after the company’s trading update, even though there are no great surprises in their either way. The slide probably reflects investors’ concerns over the current state of the pandemic and how it could impact near-term demand, the fast-approaching expiry of the Government’s stamp duty holiday and – just as importantly – the valuation of the stock,” says Russ Mould, AJ Bell Investment Director.

“The price paid to access a company’s cash flows is the ultimate arbiter of investment returns – whatever anyone may try to argue at the moment – and Persimmon’s shares trade north of two times historic book, or net asset, value per share, a threshold which is traditionally seen as the upper limits for a housebuilder’s valuation.

“Persimmon is the most expensive builder based on price/book value, using the last published historic NAV per share figure as the basis for the valuation calculation, and it can be argued that the premium rating is merited, even if the FTSE 100 constituent is having to work hard to restore its reputation on two fronts, namely corporate governance after a row over executive pay and customer concerns over the build-quality of its houses.

“The company looks to have coped pretty well with the pandemic, so far. Completion volumes did not dip too badly in 2020 – and Persimmon had already dialled down its growth plans before the pandemic broke, so it could address the accusations that it had begun to favour quantity of completions rather than quality.

“In addition, prices have gone up yet again, no doubt in part due to how the Help to Buy scheme, the stamp duty holiday and low interest rates have all helped to support the market at a time when demand was already exceeding supply. 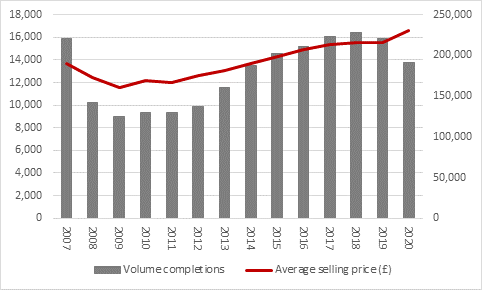 “The company will give its first assessment for 2021’s outlook alongside its full-year results in March, although analysts continue to expect a healthy rebound in profits, thanks to the underlying imbalance between supply and demand in the housing market, the new Help to Buy scheme which began in December and the prospects for an uptick in economic activity as the covid-19 virus is (hopefully) beaten off. 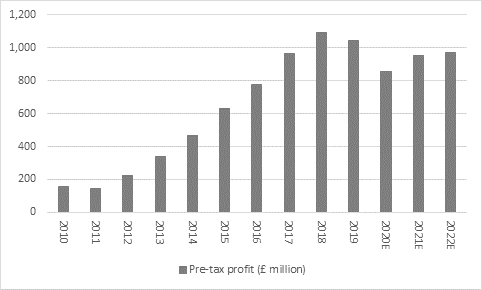 “Any increase in profits will further pad out Persimmon’s £1.2 billion cash pile and that in turn underpins the company’s dividend plans. Although the York-headquartered firm stepped back from its initial aims in 2020, with the initial cancellation of both it regular and special dividend for fiscal 2019, Persimmon has since re-initiated payments, with two interim payments in 2020 of 40p and 70p per share respectively. Analysts believe that the additional 125p-per-share special payments will start again in 2021 to leave the shares offering a forecast dividend yield of 8.3%.

“That figure is probably the main plank of any bullish investment case on the stock and does at least help to justify Persimmon’s premium valuation relative to its peers, using the metric of price to book value.

“However, investors who feel that a strong economic upturn will ultimately follow the pandemic, and that the housebuilding industry will play a key part in that, may be more inclined to look at other builders if they are looking for capital gains rather than income from their share portfolio. This can be seen in the wide range of performance from the builders since the Pfizer-BioNTech vaccine announcement in early November, with those stock that trade on lower multiples of book value having offered the greatest gains since then.” 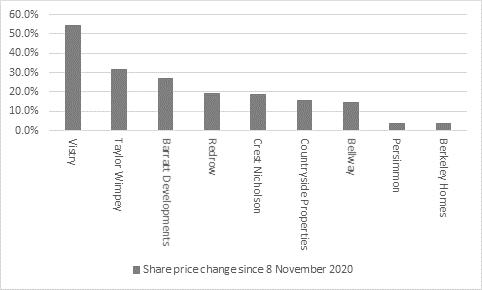