Ben Affleck is planning to direct ‘The Big Goodbye,’ a film based on a book about the making of the classic 1974 Roman Polanski and Jack Nicholson movie ‘Chinatown,’ but investors do not seem to be looking at Shaftesbury, the owner of large chunks of London’s Chinatown, with anything like the same degree of reverence or affection. Even though November’s £294 million fund raising buttresses the balance sheet and the real estate investment trust’s portfolio of assets is nigh-on impossible to replicate, the combination of the pandemic (as London moves into Tier 3), the UK’s uncertain economic outlook and ongoing questions over Brexit mean Shaftesbury’ shares trade at a 28% discount to their net asset value (NAV) of 743p.

That 743p a share figure is 24% lower than it was a year ago, thanks to drops in building valuations, net rental income and also the dilutive effect of the November raising, when Shaftesbury sold 75.8 million new shares at 400p apiece, to increase its share count by one quarter. 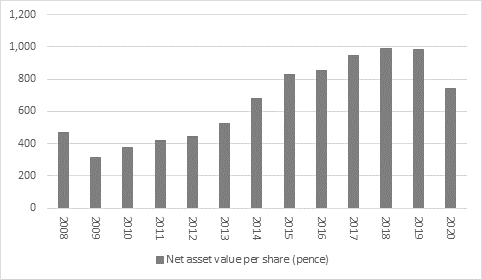 Concerns are clearly lingering that office workers, consumers and tourists may not come back to Soho, Covent Garden, Fitzrovia, Carnaby and Chinatown in quite the same numbers, at least immediately, even if the vaccines do their stuff and beat off the virus. 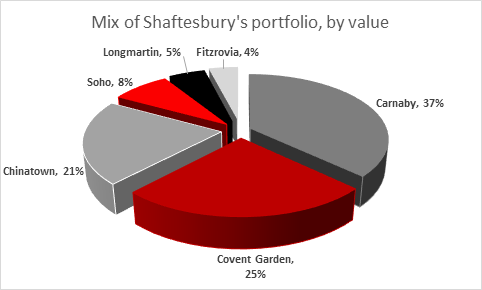 Shaftesbury’s rental income woes in the second half of its year, that ran from April to September, underscore those concerns. Just 53% of rents were collected in the six-month period, with the rest waived, deferred or outstanding. The commercial property landlord will therefore be wondering what will happen to the Government’s furlough scheme and business rates waivers and the impact upon tenants if they are not extended beyond March, should the virus still be making its presence felt.

Residential rent collection was strong at 83% and offices held up well at 79% of the total but then figures tailed off badly, with the receipt of just 54% of planned income from retail and 33% from food, drink and leisure sites. Net property income therefore fell 24%, hampered by £21.9 million of provisions for non-payment of rent and impairments. 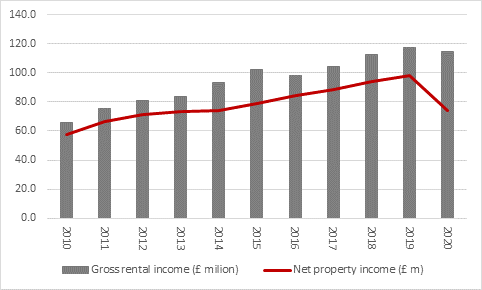 A jump in the vacancy rate to 10.2% will not help soothe investors’ fears either and combination of unpaid rents and more empty buildings means Shaftesbury confirmed its September announcement that a final dividend would not be paid, in the wake of March’s cancellation of the interim. 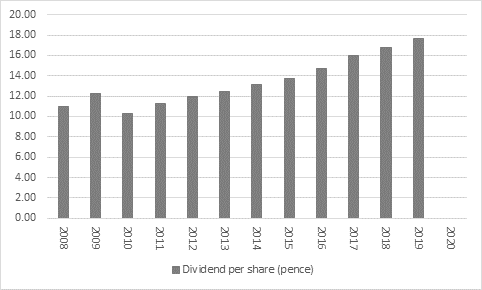 Yield is one of the major reasons why investors are attracted to commercial property and real estate investment trusts, so this is a big blow to shareholders and the investment case for the stock. Chief executive Brian Bickell notes that it is the company’s intention to restore dividend payments when circumstances permit and Shaftesbury does have two things in its favour, namely relative low debts and two very large shareholders. Capital & Counties and Norges own more than half of the shares between them, so their support will buy Shaftesbury time and the balance sheet offers breathing space, too. 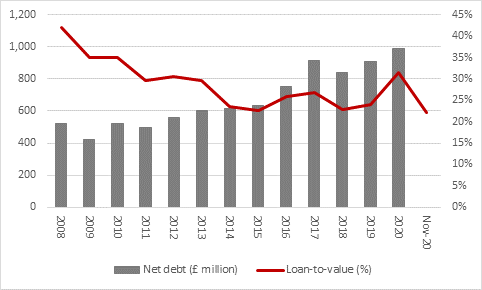 A net debt pile of £987 million for a loan-to-value ratio of 32% was pretty low by sector standards and Shaftesbury has since raised £294 million to take the loan-to-value ratio to just 22%. The earliest debt maturity is 2023 so again, that gives Shaftesbury time to plan and adapt as it waits for the return of commuters, shoppers and tourists (and its prime London sites would then be the third thing that the REIT has going for it).

The core shareholder base and low debt, plus its unique asset base, may help to explain why the shares do not trade at a bigger discount to NAV. That 28% gap between the share price and the stated asset value puts Shaftesbury in the middle of the REIT pack, with storage firms and warehousing plays still enjoying premium valuations and big, City-and-retail exposed firms suffering the biggest discounts.

“Are we in the calm before the next storm? Equity markets were very quiet on Tuesday with little large cap corporate news to drive trading...

Levy and members of...

“The chances of a stimulus plan being approved in the US ahead of the Presidential election looks increasingly slim and this is putting pressure on...