Bitcoin: up and up it goes (until it blows…again?)

Bitcoin: up and up it goes (until it blows…again?) Gold is holding firm around $1,900 an ounce and silver is hanging on to what looks like an upward trend at just shy of $25 an ounce but it is Bitcoin that catches the eye, which is now trading above $18,000, only a fraction below its December 2017 highs. The cryptocurrency is up by more than 150% this year and can point to a 60% gain since August alone. The price chart is now looking very similar to that of 2017 so investors now need to decide whether Bitcoin is again going to come down like a stick, having gone up like a rocket, or whether it will just keep on going – and going and going. 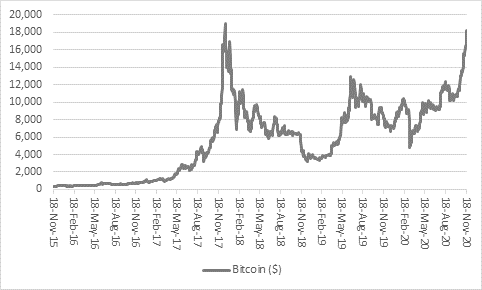 Sceptics will offer three arguments against being a worthwhile investable asset class:

Supporters – who are having the better of the argument again after a fallow two-to-three year span will counter all three: 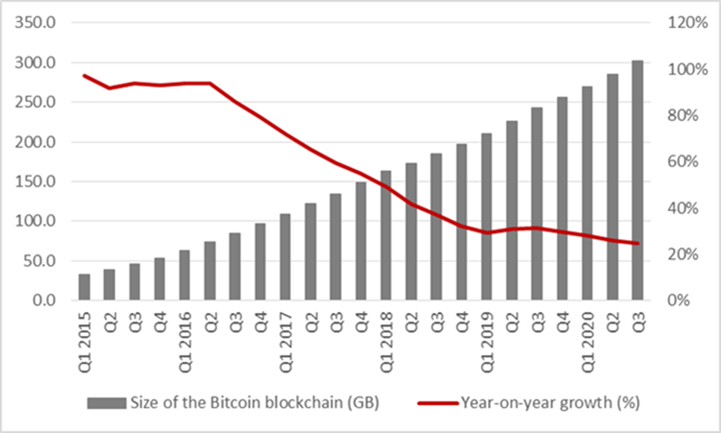 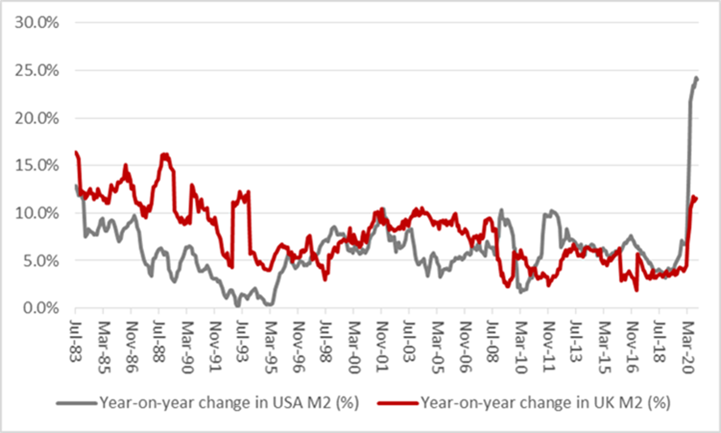 If you argue that the first surge in Bitcoin was due to the interest of early adopters and true believers in the technology and the second the result of speculative investment interest it is possible to argue that this one is down to greater corporate and institutional interest – Starbuck’s has run trials to accept Bitcoin, Jack Dorsey’s payments company Square has purchased Bitcoin and America’s Greyscale Bitcoin Trust continues to grow its assets and therefore acquire more Bitcoin.

The buying by dedicated investment vehicles may play to arguments about Ponzi schemes, but if a tidal wave of money meets an asset where supply is fixed, it takes little imagination to work out what the result could be.

END_OF_DOCUMENT_TOKEN_TO_BE_REPLACED
The value of your investments can go down as well as up and you may get back less than you originally invested. We don't offer advice, so it's important you understand the risks, if you're unsure please consult a suitably qualified financial adviser. Tax treatment depends on your individual circumstances and rules may change. Past performance is not a guide to future performance and some investments need to be held for the long term.