Vodafone has more to do before it fully reconnects with investors

Vodafone has more to do before it fully reconnects with investors Vodafone is a long way from building the sort of compelling dividend growth story that gives real long-term impetus to a share price but income-seekers will at least be pleased to see the company stick to its cash-flow forecast for the year and keep its first-half dividend unchanged. The company is forecast by analysts’ to be the seventh-biggest payer in the FTSE 100 in cash terms in 2020 and is currently the eighth-highest yielding stock in the index, based on those same consensus estimates.

Vodafone held its interim dividend at €0.045 as chief executive Nick Read repeated his guidance that cash flow before spectrum and restructuring costs would exceed €5 billion.

In addition, the boss predicted that his preferred profit metric (earnings before interest, taxes, depreciation and amortisation, or EBITDA) would reach €14.3 billion to €14.5 billion, smack in line with the current analysts’ consensus and consistent enough with his May forecast that this figure would come in flat to slightly down. 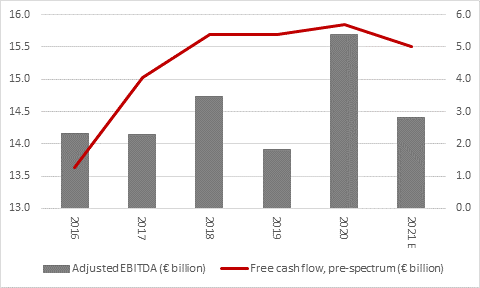 This should hopefully mean that the dividend cut of 2019 is becoming a more distant memory, although Vodafone has much to do if it is to build a ‘progressive’ dividend policy again, let alone to repeat the phenomenal run of increases in the shareholder distribution that ran from 1998 all the way through to two year ago.

The company still faces fierce competition on all fronts – mobile, broadband and cable – in the key markets of Germany, Italy, Spain and the UK which between them represent two-thirds of the first half’s interim profit. In addition, the telco is still burdened by a €44 billion net debt pile and it will have to continue to invest in fifth-generation (5G) mobile spectrum and network equipment to maintain and protect its competitive position. 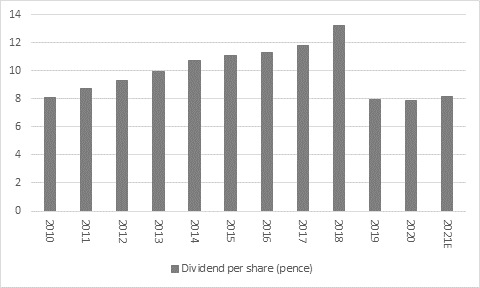 These challenges, plus the near-term difficulties caused by the pandemic, notably the fall in cross-border roaming fees as international travel plunges, help to explain why Vodafone’s shares trade no higher than they did in April 2002, when the tech, media and media bubble was collapsing and the degree to which Vodafone had overpaid to buy German mobile network operator Mannesmann was becoming frighteningly clear.

However, Mr Read and his team are working hard to sweat Vodafone’s assets and get the best out of them that they can. The CEO has overseen the sale of assets in New Zealand and begun the process of disposing of its stake in an Egyptian unit, while overseeing mergers in India and Australia. The planned flotation of Vantage Towers, its European mobile tower operation, is also on schedule for 2021 and Vodafone will host an analysts’ day to outline the investment case on Tuesday 17th November.

Disposals help balance sheets and can generate cash or minimise future liabilities but they do not build the sort of sustainable cash flow that supports long-term dividend growth – after all, the spin-offs and disposal means that Vodafone is retrenching and shrinking, not growing, even if the long-term is to bolster cash flow and earnings. 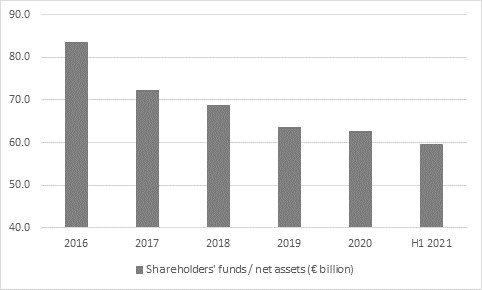 This may be why the share price is still depressed and investors are demanding a lofty dividend yield to compensate themselves for the capital risk associated with owning the stock.

Telecom company Vodafone has announced that the merger of Indus Towers and Bharti Infratel has completed.

It said the combined company is listed on the...

Telecom company Vodafone said it had committed to reducing its global carbon emissions to 'net zero' by 2040, a decade earlier than first planned.

“The markets get the new trading week off to a solid start, which is encouraging given all the excitement generated in the last seven days...

Vodafone swings to first-half profit even as revenue slips

Telecom company Vodafone swung to a first-half profit after the previous year's result was marred by losses at its Indian business, though its underlying earnings...

We’re pleased to welcome back Malcolm from Edinburgh who is sharing his experience as someone in retirement taking charge of their investments for the first...

END_OF_DOCUMENT_TOKEN_TO_BE_REPLACED
The value of your investments can go down as well as up and you may get back less than you originally invested. We don't offer advice, so it's important you understand the risks, if you're unsure please consult a suitably qualified financial adviser. Tax treatment depends on your individual circumstances and rules may change. Past performance is not a guide to future performance and some investments need to be held for the long term.