The UK’s stock market seems to be taking the imposition of a second lockdown in England pretty calmly, all things considered, and there are three possible reasons why this may be, even if at first sight a fresh halt to most economic activity is not likely to helpful to companies’ profits, cash flows or valuations.

The first is that the bulk of the FTSE 100’s earnings coming from overseas, so a lockdown in England might not be the hammer blow that it first seems. A fresh slide in sterling below say $1.29 to the dollar and €1.10 against the euro could even boost overseas earners as a plunging pound would increase the value of their foreign profits and cash flows once they are translated back into the British currency. The inverted relationship between the FTSE 100 and the sterling/dollar cross rate, forged in the wake of 2016’S Brexit vote, could be reasserting itself after a bit of a break-down in the spring. 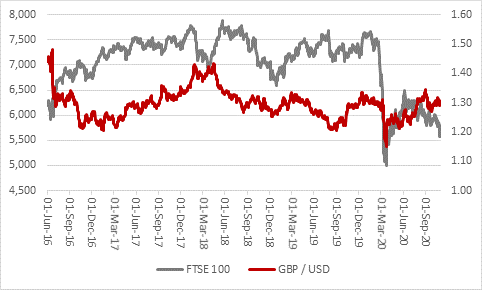 The second is that this lockdown is – on paper at least – only going to last for a month, whereas the first one was introduced on an open-ended basis back in March. In addition, government support schemes continue to run and the Bank of England may decide to leap into action when the Monetary Policy Committee meets on Thursday. While the long-term economic merits of both negative interest rates and Quantitative Easing remain open to question, given the feeble rate of economic growth over the past ten years in the West and past thirty in Japan, stock markets do seem to warm to the concept of cheap liquidity. 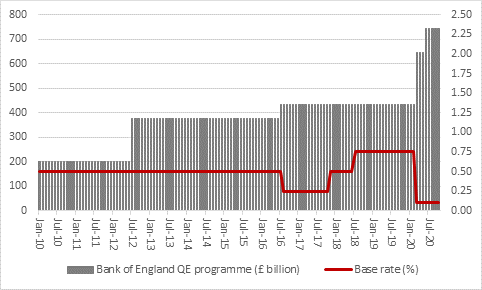 The third is that the FTSE 100 began the week at a six-month low, so hopes for a V-shaped economic recovery and rapid bounce back from the pandemic had already begun to fade and some degree of bad news may have already been priced in. 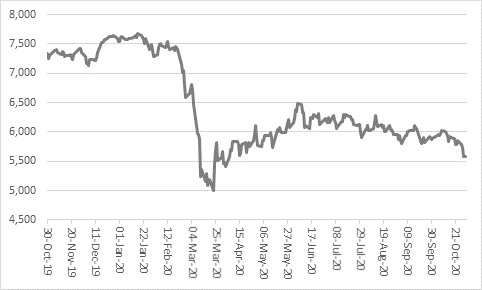 That said, it is no great shock to see travel and leisure stocks such as Cineworld, Gym Group, Marston’s and Trainline at the bottom of the FTSE 350 performance list today, and sentiment is likely to remain sour toward any firm that is dependent upon commuters, office workers or consumer footfall for their income, especially if they have substantial debts and are yet to raise fresh equity.

Firms such as these were amongst the worst performers when investors began to sense that Covid-19 was not just an Asian affair but a global problem in February and then gave way to outright panic as the UK lurched toward its first, nation-wide lockdown on 26 March.

During the lockdown itself, which was first eased on 15 June and then again on 4 July, investors became a little more discerning, as they assessed winners and losers in both the near term – relating to whether their products and services were more or less useful to a housebound nation – and also the long-term, as they decided whether business models had been more deeply damaged for ever thanks to deeper shifts in either customer behaviour or the competitive landscape or both.

Gaming and gambling services companies, home improvement retailers and retailers with strong – or exclusively – online capabilities all came to the fore, while banks, hoteliers and any industry related to air travel, including oil majors, took a drubbing.

The gradual easing of the first national lockdown stoked hopes for a V-shaped recovery, which now seem set to be dashed. However, these could still be names to watch if the Bank of England adds to monetary stimulus, the Government keeps churning out fiscal support and the English lockdown does indeed last for just a month before a return to some – any – degree of normality once more.

Equally, the thoughts of more electronic money creation, ever-higher Government deficits and increased State involvement across a range of industries and markets may persuade some investors to look elsewhere, either on economic or political and philosophical grounds. Gold is yet to regain its spring highs north of $2,000 an ounce but the precious metal continues to hold its ground near $1,900 while Bitcoin’s renaissance continues, as the cryptocurrency barrels back toward the $14,000 mark for the first time since late 2017. 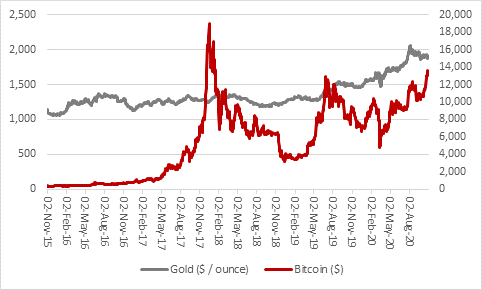 Hospitality and Leisure stocks tumble ahead of Government Covid announcement

Halma offers the right answer for shareholders yet again

FTSE up as UK inflation and ECB meeting awaited, stake-building in BT, AutoTrader puts profit drop in the rearview mirror