The record of the management team at Berkeley Group, and chairman Tony Pidgley in particular, at calling the housing cycle is second to none so investors will be intrigued to see the group build up its land bank for the second year in a row, even as it continues to return plenty of cash to shareholders via dividends and buybacks.

Even if the cash return plan has been scaled back, the core aim of returning £280 million a year to investors still stands and the acquisition of six new sites across London and the South East suggests that Berkeley thinks there is value to be had and created through careful project management. 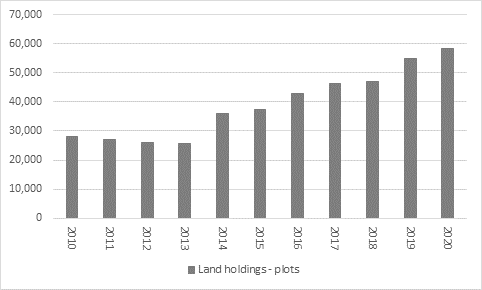 Mr Pidgley and team clearly believe more can be done to help the housebuilding industry, as they continue to rail against tax changes and planning permission issues which they believe are stifling either demand or supply. Berkeley’s average selling price of £677,500 in the year just ended means that not all of its new-build properties qualify for the Help to Buy scheme, where the price limit is £600,000, while the limits for the now-closed Help to Buy ISAs were £450,000 in London and £250,000 outside the nation’s capital. 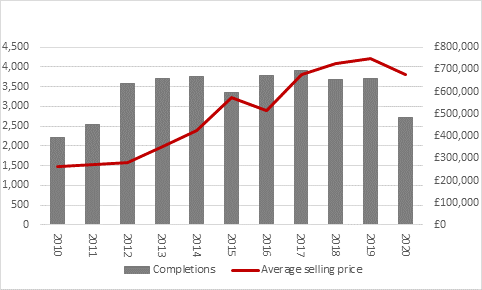 However, the firm’s net cash pile actually rose in the year to April to £1.1 billion as it continued to manage it resources carefully and the company’s still-impressive 24.7% operating margin shows it is an expert in managing the long lead times which can be associated with new-build housing developments, even if profits dipped sharply in the year just ended.

But here lies the difficulty for would-be investors. Berkeley has just shown two consecutive drops in operating profit and operating margin, even if the levels in absolute terms remain healthy. 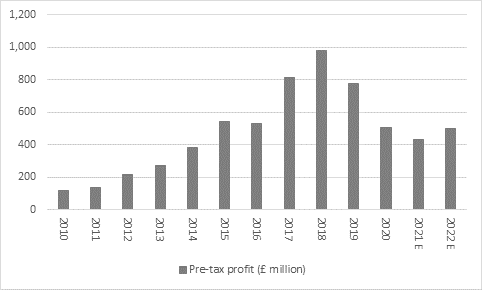 Uncertainty hangs over the housing market not just because of changes to stamp duty, changes in rules for non-domiciled individuals and Brexit, but now also because of Covid-19 and the knock-on effect of the viral outbreak upon employment, wages and consumer sentiment. The Bank of England is doing its bit by keeping headline interest rates at rock-bottom levels and Help to Buy is still running but no-one knows how would-be house buyers will react and behave even as the UK tries to gently ease its way out of the lockdown.

This can be seen in the overall valuation of the house building sector. Generally, builders trade at one times historic book value (or even below) when times are tough and two times (or possibly a bit more) when the economy is flying and profits are booming. Right now, the nine leading builders in the FTSE 100 and FTSE 250 trade in aggregate slap in the middle of that range at 1.47 times historic book value.

Even though sector’s megacaps, Berkeley, Taylor Wimpey and Persimmon, drag up the average this is the stock market’s way of admitting it does not know what is coming next – a long downturn or a sharp recovery – as valuations sit between where you would expect them to be at either extreme.

Consensus forecasts are looking for a third consecutive drop in profits at Berkeley in the year to April 2021 and then a nascent recovery in fiscal 2022. This suggests that any would-be buyers of the stock may need to be patient, especially as it already trades nearly 40% above its year low of £31, but then the net cash balance sheet and prospect of a £280 million annual cash return perhaps means that shareholders can afford to wait. 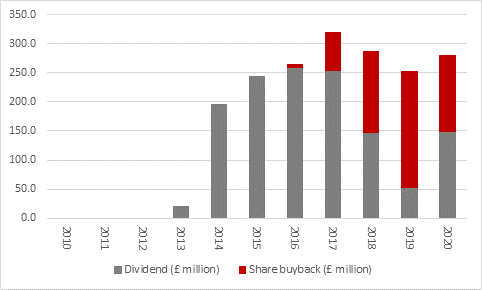 On a market cap of £5.5 billion, the £280 million of combined buybacks and dividends makes for a cash yield of 5%, backed by that solid balance sheet, which may be enough to keep income hunters interested too, especially as Berkeley still has the option to revive the plan to return a further £455 million in cash at some stage.

Housebuilders’ shares in demand thanks to stamp duty boost

There was welcome news for housebuilders in chancellor Rishi Sunak’s mini-Budget (8 Jul) as he raised the stamp duty threshold on properties from £125,000 to £500,000...

JP Morgan Cazenove today upgrades its investment rating on Berkeley Group Holdings (The) PLC (LON:BKG) to overweight (from overweight) and raised its price target to...

HSBC today reaffirms its buy investment rating on Berkeley Group Holdings (The) PLC (LON:BKG) and raised its price target to 6330p (from 5940p).

END_OF_DOCUMENT_TOKEN_TO_BE_REPLACED
The value of your investments can go down as well as up and you may get back less than you originally invested. We don't offer advice, so it's important you understand the risks, if you're unsure please consult a suitably qualified financial adviser. Tax treatment depends on your individual circumstances and rules may change. Past performance is not a guide to future performance and some investments need to be held for the long term.