The US Federal Reserve’s unscheduled half-point interest cut rate on 3 March provoked shock rather than awe as investors took fright that the American central bank – and its global counterparts – was running low on policy tools. Now the central bank has responded by cutting rates from 1.25% to zero and launching QE4, with the purchase of $700 billion of US Government bonds and mortgage-backed securities.

The Fed will therefore be hoping that its new policy move, which will take total assets on its balance sheet above the $5 trillion mark, offer support to the economy and get a warmer reception from financial markets.

The S&P 500 index has lost 12% of its value since that unexpected rate cut and slipped into bear market territory, ending the huge bull run that began way back in March 2009. The Fed had already moved to inject $4 trillion into short-term money markets to provide additional liquidity, massively outstripping an equivalent operation last autumn and it has now launched a second emergency rate-cut in a month. The Federal Open Markets Committee meeting scheduled for Tuesday and Wednesday has now been cancelled.

There can be no denying the Fed’s commitment to action but its dramatic move will initially stoke further debate as to whether the monetary medicine will work, on the economy or markets or both.

This is the ninth rate-cutting cycle since 1970 and history shows that lower interest rates have generally given support to US equity prices, as benchmarked by the S&P 500 index.

On average, the benchmark has been broadly stable in the wake of the first rate cut of a cycle and then advanced at a double-digit rate over the next two years.

However, the Fed’s frantic rate-cutting offered no help at all to US equities during the 2000-03 and 2007-09 bear markets and this could be what is worrying investors now, for three reasons: 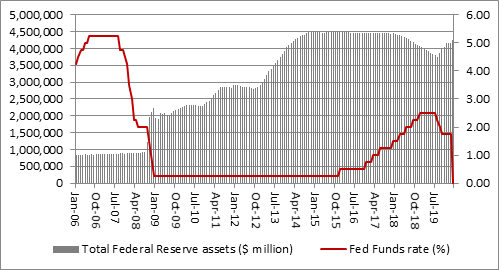 Rather than valuing US stocks off one-year forward or two-year forward forecasts for earnings (as those forecasts can prove too conservative or too aggressive), the Shiller method look at the last ten years on a rolling basis.

Using this approach, US stocks had only been as expensive twice before, in 1929 and 2000, and neither of those episodes ended well for investors at all. 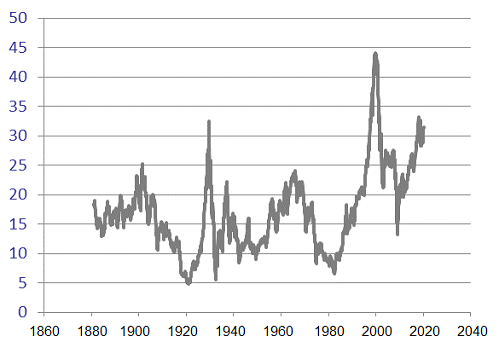 This does suggest that the Fed has its work cut out this time around, although former chair Ben S. Bernanke has long since argued that the central bank has more tools at its disposal than many realise. In his 2002 speech on how to fight deflation to the National Economists Club in Washington DC Bernanke outlined further possible policy moves in the event of a deflationary shock:

Quite what equity investors will make of these remains to be seen, and investors will be looking for any hints from Mr Powell that these policies are under discussion. If they are, then those portfolio-builders who have exposure to gold might start to get excited, even if no-one else does.

END_OF_DOCUMENT_TOKEN_TO_BE_REPLACED
The value of your investments can go down as well as up and you may get back less than you originally invested. We don't offer advice, so it's important you understand the risks, if you're unsure please consult a suitably qualified financial adviser. Tax treatment depends on your individual circumstances and rules may change. Past performance is not a guide to future performance and some investments need to be held for the long term.