BP boss Bob Dudley steps down as the twelfth-longest serving CEO among the current crop of FTSE 100 bosses and investors appear to be giving him a warm send-off, as a share price rise welcomes the eighth increase in the quarterly dividend since he replaced Tony Hayward in autumn 2010. That hike in the dividend to 10.50cents ($0.1050) a quarter is testament to how far BP has come during Mr Dudley’s tenure, especially as free cash flow covered $8.5 billion of dividends and buybacks in the year, despite the weak oil price. 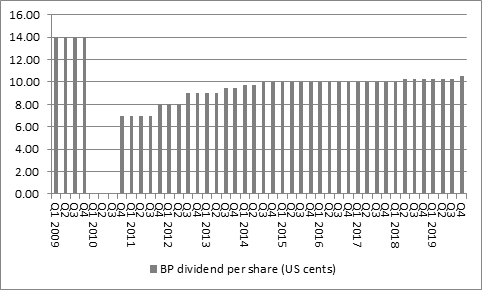 And while he will be disappointed with BP’s share price performance during his nine-plus years as the oil major’s CEO, Mr Dudley will be able to look back and argue that he got three important things right.

It was that combination which helped BP to rebuild its dividend and helped its shareholders in their quest for income and a low-yield world.

Nevertheless, the shares’ overall poor performance (and BP’s underperformance of the FTSE 100, even on a total returns basis) means that Mr Dudley’s successor, Bernard Looney, still has much work to do, on three fronts in particular: 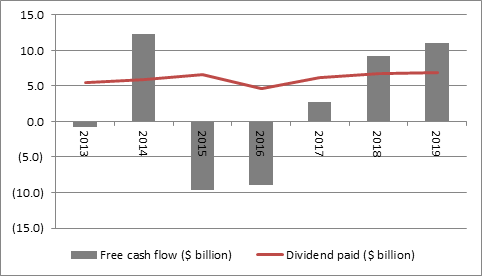 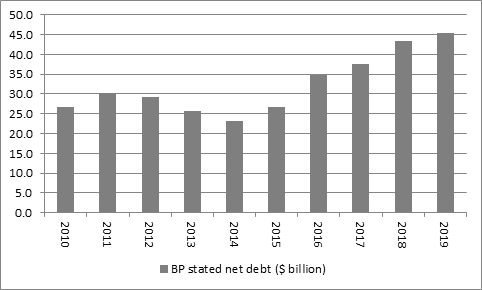 As today’s results statement makes clear, BP is already investing in biofuels, biopower, solar energy (Lightsource) and wind energy, where it has over 1,000mW of generating capacity in the USA. However, all of these numbers pale compared to BP’s hydrocarbon output, which runs at 2.6 million barrels of oil a day equivalent, even excluding its stake in Russia’s Rosneft.

In fact, BP is committed to adding to its reserves and production from five projects that are already underway – Alligin and Culzean in the North Sea, Angelin in Trinidad, Constellation in the Gulf of Mexico and the West Nile Delta in Egypt – with more than 20 further projects scheduled for construction and launch in the coming years.

Investors in BP who warm to the yield on offer – and BP is forecast to the third-largest dividend payer in the FTSE 100 in 2020 – will therefore have to balance their desire for dividends with their own views on ESG issues and the requirements of the 2050 Paris Accord. That is a decision that they can only make for themselves as the gauge the potential reward posed by those dividends against the risk that a global move away from hydrocarbons leaves BP sat on a collection of stranded assets whose value is less than the $101 billion book value currently ascribed to them in the company’s accounts.

BP swallowed $6.9 billion in asset value impairment costs in 2019, relating mainly to assets in the US and Egypt, and there could be more to come if oil and gas prices remain weak or the world embarks upon a (still seemingly unlikely) rapid shift away from fossil fuels. Investors will therefore want to keep an eye on how BP’s net asset value develops over time, especially since it has failed to grow since 2010, remaining stuck at around that $101 billion mark. 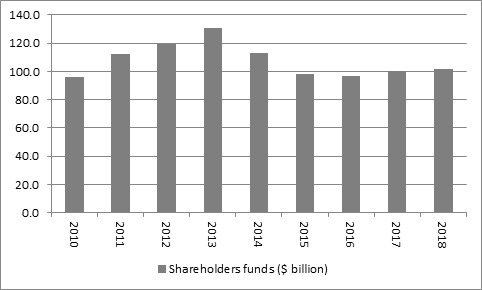 HSBC today reaffirms its buy investment rating on BP PLC (LON:BP.) and cut its price target to 595p (from 600p).

“A negative market reaction to news from some of London’s largest listed companies, together with some very large caps trading without the rights to their...

Oil company BP said it had set a zero net carbon target by 2050 or sooner and aimed to halve the carbon intensity of the...

Is the Government about to scrap higher-rate pension tax relief?

AstraZeneca expects Coronavirus hit, and Royal Bank of Scotland to change its name

END_OF_DOCUMENT_TOKEN_TO_BE_REPLACED
The value of your investments can go down as well as up and you may get back less than you originally invested. We don't offer advice, so it's important you understand the risks, if you're unsure please consult a suitably qualified financial adviser. Tax treatment depends on your individual circumstances and rules may change. Past performance is not a guide to future performance and some investments need to be held for the long term.